UNICEF POLL: Eight Out of Ten 18 Year Olds Say Their Friends are at Risk Online

The Guardian by Oliver Holmes in Bangkok

Eight out of 10 18-year-olds worldwide believe young people are in danger of being sexually abused or taken advantage of online, a Unicef study suggests.

The poll on unwanted sexual comments, harassment and bullying online was run by Ipsos, which interviewed more than 10,000 teenagers from 25 countries. More than half of respondents said their friends participated in risky behaviour while using the internet.

“The poll findings show just how real the risk of online abuse is for girls and boys,” said Unicef’s associate director of child protection, Cornelius Williams. “Globally, one in three internet users is a child.

“Although online violence and exploitation is a reality in the lives of children worldwide, many children do not have the necessary knowledge or resources to sufficiently protect themselves. Digital safety should be included in curricula and parents need to talk to their children about staying safe online and what to do if they or a friend find themselves in trouble.”

Children are at risk of cyberbullying, sextortion – in which victims are blackmailed by threatening to post explicit images of them on the internet – and online sexual abuse.

An investigation by the Guardian last month found that tens of thousands of children in the Philippines were believed to be victims of live-streaming abuse, in which they are made to perform live sex shows for predators abroad. The abuse is often carried out by their parents.

The #WeProtect project, an international alliance led by the UK to fight internet child abuse, will provide £40m to Unicef this year. And the Child Rights Coalition Asia charity has produced education materials for children on how to stay safe online, much of it written by young people. 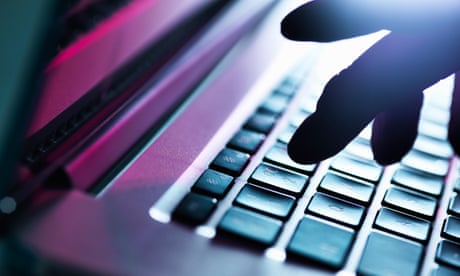 How child sexual abuse became a family business in the Philippines

The poll also found that most teenagers thought meeting new people online was either somewhat or very important to them, and 36% strongly believed they could tell when people were lying online about their identity. More than 80% said they believed they could deal with sexual comments on the web.

Eighteen-year-olds in the US and UK were the most confident that they could avoid online dangers, with 94% strongly or somewhat agreeing they could protect themselves on social media.

“Children have been facing abuse online for a couple decades,” said Afrooz Kaviani Johnson, a child protection expert at Unicef east Asia and Pacific. But she added: “There isn’t much information on how children are using the internet.”

Online child rights were treated as an “add-on” to tackling other forms of violence, and Kaviani Johnson said that had to change. “It is critical. It is something that we have to integrate. Online abuse is a reflection of what is happening at the home and in schools.”