KICKSTARTER PROJECT: Do You Know Any Other News Source Talking about These Important Issues? If Not, Back This Project so You Will! 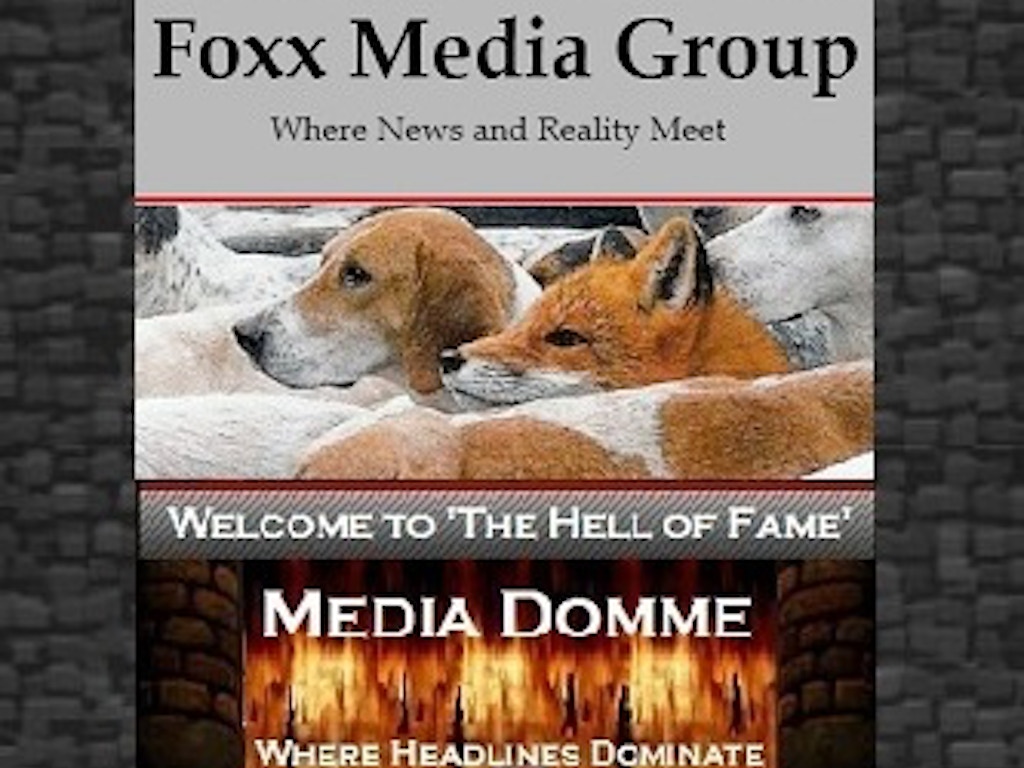 This project will only be funded if at least $5,000

Sex Trafficking Activism Project – Help fund a weekly web series on cultural trends in pornography, entertainment, media and politics as they relate to the increase of sex crimes in America and around the World. Featuring FMG Editor, Diana Grandmason (she is Media Domme, after all). Topics will be derived from the weekly ‘Dominating Headlines’ highlighted on FMG’s family of websites. “The Hell of Fame” weekly line-up could include top stories from:

Not the Sopranos – Mob activity inside entertainment, media and the government.

American Satanism – Satanism and Atheism is in America. Know what it means.

I Audit All – FMG’s Auditor exposes the ‘Bad to the Bone’ in the underbelly of America.

Snark Strike – The effect of entertainment and media on our cultures and trends.

Moms Against Media – Sex does NOT sell in advertising. MAM exposes those who pimp it anyway.

One Bossy Broad – Actions to make YOUR voices heard.

Do you know of any other news sources talking about these important issues? If not, back this project so you will!

Sex trafficking is a serious issue today, and while awareness is growing, there is much still to be understood about how this crime is actually committed and who’s behind the epidemic increase of pimping girls in our country and around the world. At Foxx Media Group, we track the cultural trends of sex crimes in pornography, media, entertainment and politics and how they all relate to the increase in sex trafficking happening around the world and right here at home.

FMG’s Media Domme project series, “The Hell of Fame,” will bring a newscast to the public like no other out there today. Media Domme dissects dominating headlines and their underlying stories to expose corporate executives, celebrities, politicians and other public figures who are helping to promote sex trafficking and pornography throughout our societies. Many are associated with organized crime. It’s time for the public to take an honest, hard look at the truth of how these criminal networks are affecting our nation and our world.

In order to move into this newest phase of online activism, FMG needs to purchase the necessary equipment, software programs and subscriptions. Cameras for both video and stills, sound equipment and set buildout are the main expenses to cover. To produce, edit and distribute this enlightening view of one of the biggest problems affecting our children and young adults, we need to purchase the proper recording and editing software. All persons involved in the production of this series donate their time so there are no staffing costs.

Please help make this vision possible. Together, we will change the world!

Funding to cover operating expenses of renewable subscriptions and domain/hosting fees are the biggest obstacle to keeping activism projects running smoothly for many and FMG is no different. Time is the second. It is often donated with the best of intentions, but sometimes, life just takes over.

Dedicating time and finances to this project is a serious commitment which Editor, Diana Grandmason, has made totally independent of outside funding until now. 6 years of blogger activism and several webcasts later, FMG’s viewership continues to grow and thrive while FMG runs smoothly on operating costs of under $1000 a year. That’s for 18 websites and 20 social media accounts with daily posts and updates.

We won’t waste your donations. We know every penny you donate is a vote of confidence in our success!

Category: Dear Desi Responds, It's in the Stars

The Sexualization of Our Culture, Part 1 »
« KICKSTARTER PROJECT: Do You Know Any Other News Source Talking about These Important Issues? If Not, Back This Project so You Will!